Jenny Schlenzka, artistic director of Performance Space New York, commissioned this installation for a three week residency by the NYC-based feminist skate collective and streetwear brand Brujas. The installation functions as a skate spot for open skate sessions, and also as a social hub for lectures and workshops hosted by Brujas. Having lived in the East Village for many years, Schlenzka used to watch the skaters at Thompkins Square Park (referred to within the NYC skate community as Training Facility) on weekends, and wanted to bring the energy see saw there into Performance Space New York, which is also located in the East Village. Skateboarding is prohibited in most street skating destinations in NYC, so Brujas Training Facility offers a cop-free environment for skaters. The facility is also air-conditioned with a theater-quality sound system accessible to skaters via bluetooth. The set design re-purposes theatrical staging equipment–normally used by Performance Space New York for stages and seating platforms–into a series of flat and angled ledges and manual pads. Pink concrete slabs secured to the tops of the staging platforms transform them into skate-able and grind-able surfaces. Since Brujas started in 2014 they have used the color pink to establish gender neutrality within skateboarding culture. The use of pink concrete co-opts the traditionally gray and industrial skate obstacle, introducing warmth and reducing the objects into a series of horizontal pink planes in a black space.  Brujas Training Facility was also used to host Brujas’s Anti Prom III, the gender-queering party described by the New York Times as “an effervescent celebration of people usually sidelined by traditional prom culture,” or as Brujas co-founder Arianna Gil described it, “the Met-Gala of the underground.” 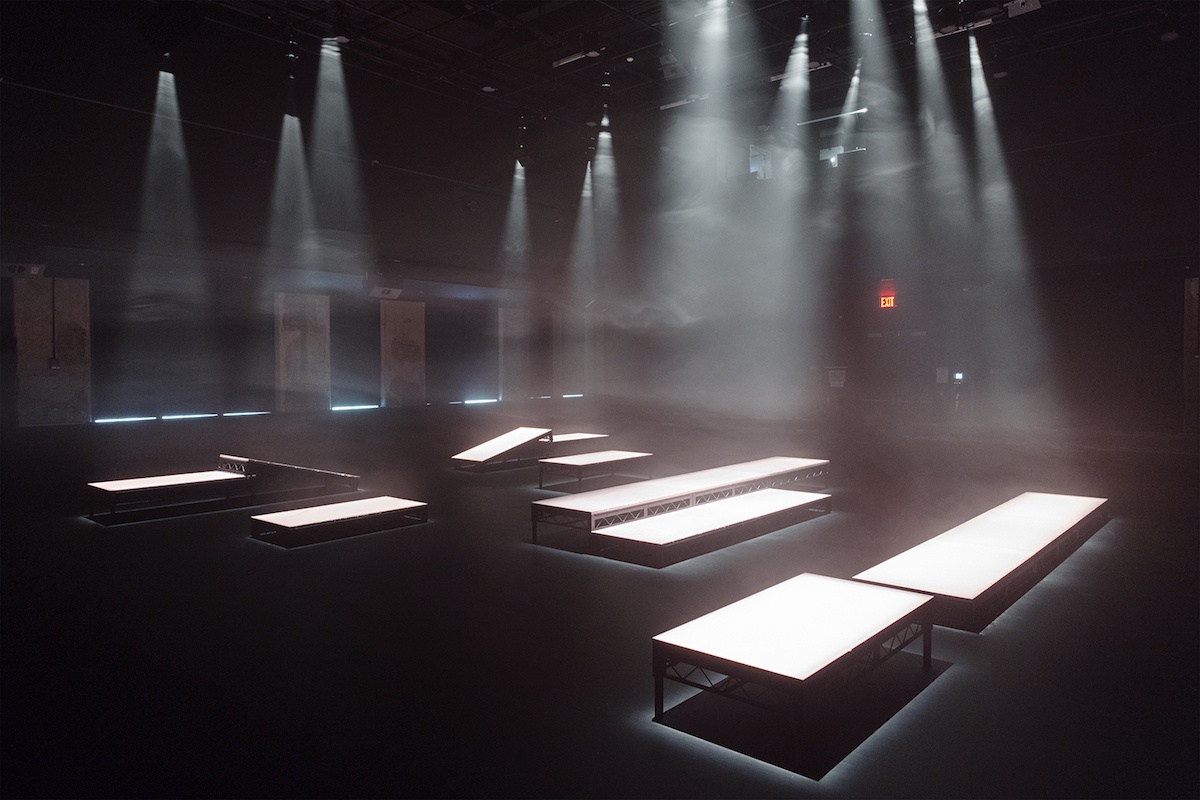