Realgar (As2S2) is an orange-red material closely related to orpiment, and the two often occur together in nature. It is sometimes called red orpiment, and was used early in India, China, Central Asia, and Egypt. It was widely used in Europe from the sixteenth to the late eighteenth century, notably for bright red  owers in still lives from the Dutch Golden Age. Realgar turns into yellow orpiment upon exposure to light.

Narayan Khandekar, except from the publication Of Weaves and Pigments. Realgar is one of nineteen colors selected for Twill Weave, a textile collection realized for Kvadrat in 2018. 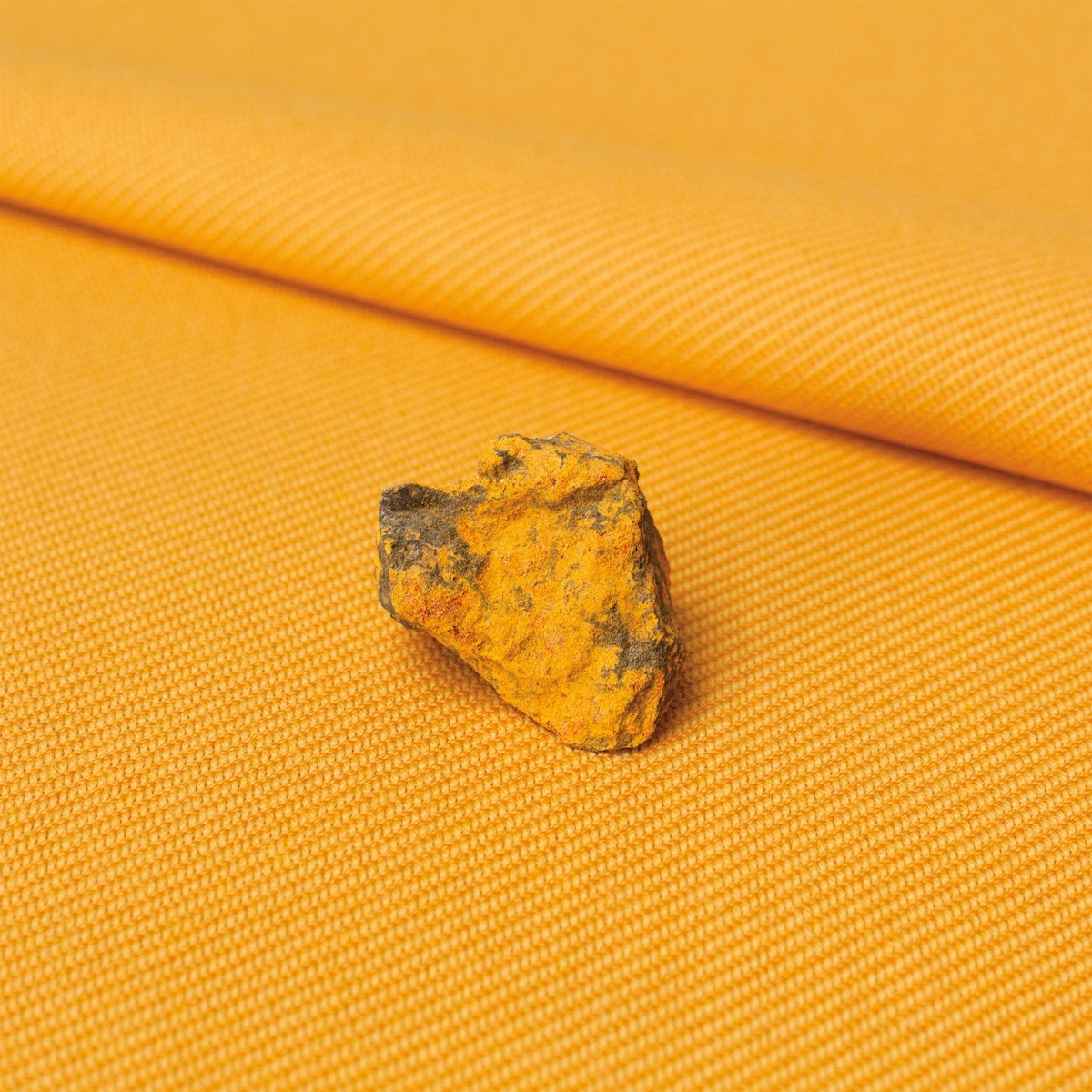